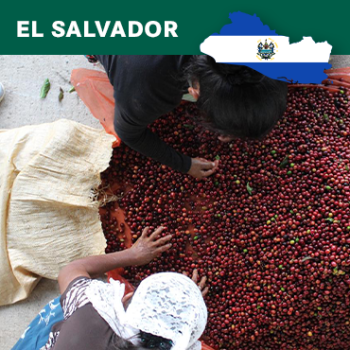 El Salvador is the smallest, yet most densely populated country in Central America. The country has a special climate with high temperatures during the day and cold nights. In the higher regions, the temperature difference between day and night is rather pronounced, whereas it gets particularly hot on the coastlines.

Today, El Salvador grows only Arabica, especially Bourbon and the Pacas and Pacamara varieties. There are still some large estates in El Salvador today. However, the majority of the coffee is produced by smallholder farmers. In total, coffee from El Salvador makes up about 2% of global exports. Most of this coffee being of very good quality. El Salvador is an origin with a long and rich history that has plenty to offer to coffee lovers worldwide.