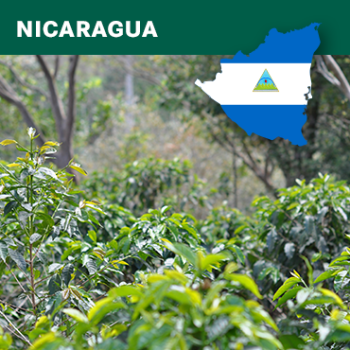 The 268-hectare-sized Finca La Luz is run by Don Julio Rivera. 130 hectares are actually planted with coffee trees and local canopy tree varieties. It's located in the mountains of Las Mercedes. The region of Matagalpa in northern Nicaragua produces some of the country's finest coffees. It is well known for its volcanic and loamy soils and provides ideal conditions for coffee cultivation due to its rich and diverse microclimate. The hilly and mountainous land surrounding the farm is covered by a lush pine forest where monkeys, birds, and other native animals can roam freely. Don Julio and his family pay particular attention to the environment. The coffee is cultivated under shade trees.